Last weekend, Myles and I went to London to visit the Warner Bros Harry Potter Studio Tour. Throughout the Halloween season, fans of Death Eaters, daring duels and Halloween feasts are able to explore the darkness of the Wizarding World with a special feature that is dedicated to the Dark Arts.

I’ve never been during Halloween season, so it was amazing to see the iconic Great Hall set decorated with over 100 floating pumpkins. It looked just like on screen in Harry Potter and the Philosopher’s Stone, just before Professor Quirrell bursts in to warn everyone of the troll! It honestly looks so amazing, I love that the lighting it set to a vivid green and purple too, it all feels very spooky and atmospheric.

The pumpkins are actually based on those found in Hagrid’s pumpkin patch in Harry Potter and the Prisoner of Azkaban and are hand-carved by the Prop Making Department so that no two look alike. The Great Hall tables are also laden with a delicious looking Halloween feast – complete with red apples, pumpkins and cauldrons of lollipops. Fun fact: some of the food on the table is actually real and has been covered in lacquer to preserve the look. 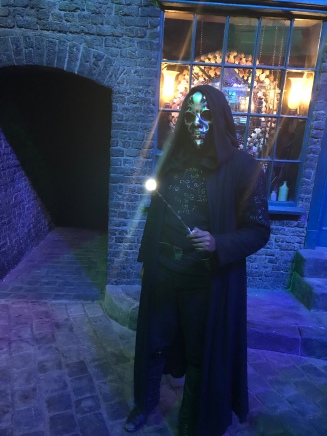 As part of the Dark Arts feature, the original Death Eater costumes from the film series will be on display allowing you to see up close the intricate details of the embroidered robes and hand-painted masks. During production, He-Who-Must-Not-Be-Named’s followers each wore a unique mask, handmade by the Prop Making Department that was designed to reflect their personality.

Obviously, there is so much to do and see here. But during Halloween, everyone is invited to learn wand combat moves and take part in an exciting live duel with Death Eaters in the Studio Tour’s backlot. It’s so fun to interact with the live actors and great to see how a crowd scene like the Battle of Hogwarts would have been created during filming! Afterwards, you can test out your newly learned wand techniques as you are directed through a battle with Death Eaters who are storming the Hogwarts Bridge – complete with sound, light and smoke effects. 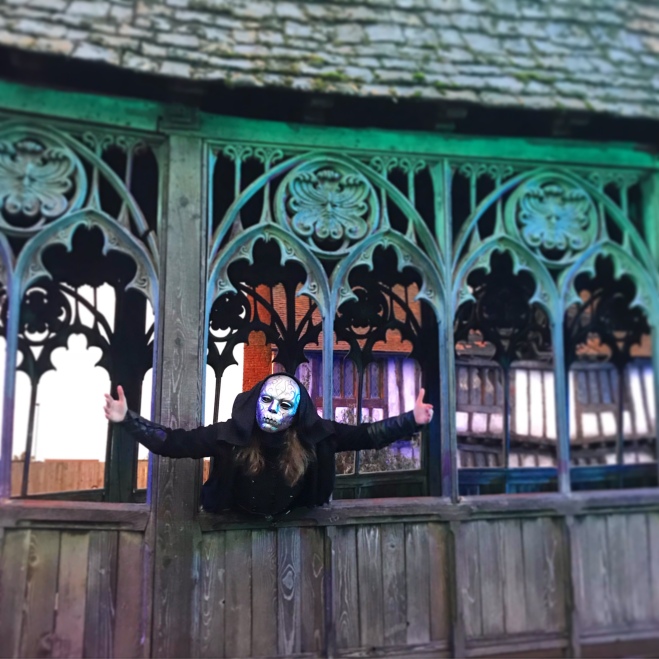 There’s honestly so much to see, we loved spotting pieces from each film and finding out how each thing was made, used and created for the on screen features. After the Great Hall, you are able to go and see all kinds of sets and props. Including food and costumes from the Yule Ball in The Goblet of Fire, the chamber entrance door from The Chamber Of Secrets and even the Gryffindor Common Room, The Weasey’s Kitchen, Dumbledores Office and many other cool sets! You can then go on though to the Forbidden Forest to find Hagrid, Buckbeak and Aragog’s spider family amongst the trees, all whilst being able to control the wind, thunder and lightning effects. 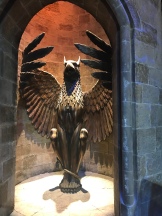 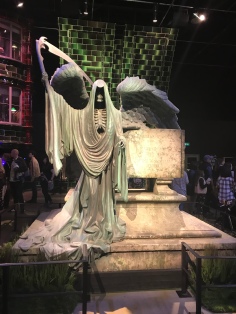 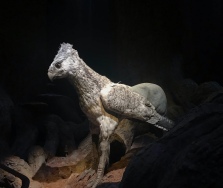 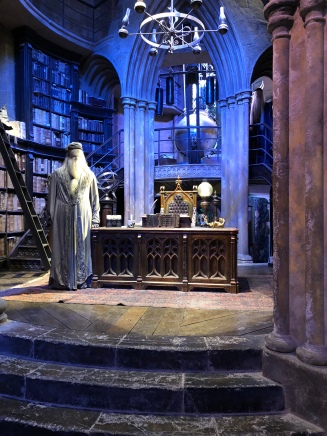 Ever wanted to see what slimy Troll snot, buckets of dribbling drool (of the three-headed dog variety) and pools of silvery unicorn blood looks like? During the Darks Arts event, they are all showcased in the Tour allowing you to get hands-on and see exactly how the slime and goo was created. 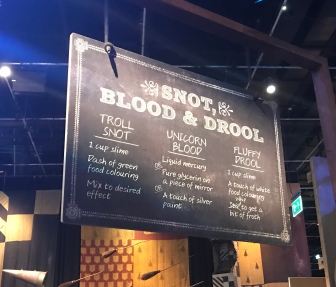 Once you’ve made your way through all of the sets, special effects and visual effects, the Forbidden Forest, Platform 9 3/4’s and the backlot; you can make your way to Creature Effects to see each animal and creature up close. 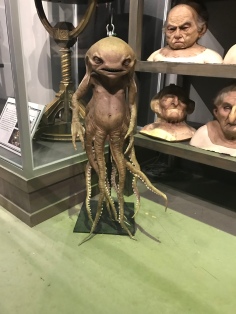 The Creature Department then leads to Diagon Alley where for the Darks Arts event continues. The lights are dimmed and the music becomes more foreboding on the wizarding shopping street, it all feel so dramatic! We watched a demonstration on how thy created the Lumos Spell on screen with LED cluster lights built into the end of special wands and a few Death Eaters even joined in from a dark alley way.

It was so cool going during the Dark Arts event, I always love doing seasonal activities, so this was fab for Halloween. If you want to go and see the feature, you’re not too late! Dark Arts will run from Friday 28 September 2018 – Saturday 10 November 2018. Tickets must be pre-booked and all extra features are included in the ticket price.

Have you been to the Warner Bros Harry Potter Studio Tour before? This was my Fourth time!

If you want to read more about the tour, check out my Making Of Harry Potter post – you can even get an insight of what it looks like at Christmas on this post!

View all posts by speedygonecharlie

Welcome to my blog!

I write mostly on lifestyle topics, a lot of beauty reviews and since the birth of my little boy – I’m a mum blogger too!

Grab a hot beverage, get comfy and take a look around. 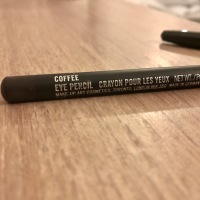 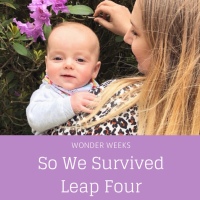